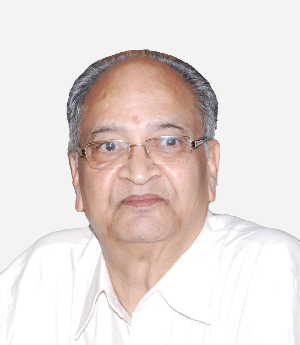 Dr. Akella Venkateswarlu is the founding director of Dr. Reddy’s Institute of Life Sciences. He is a Harvard-trained organic chemist with over thirty years of Pharma Industry experience in drug discovery research and management at senior executive positions. He serves as a Member of the Scientific Advisory Team of Kareus Therapeutics, SA. He successfully initiated and led drug discovery research at Dr. Reddy’s Laboratories, and was in charge of corporate research and development of Dr. Reddy’s Group. He was the founding president of Dr. Reddy’s Research Foundation. He also accelerated the establishment of Aurigene Discovery Technologies and served as its Director and board member. Earlier in his career, he worked at SmithKline Beecham both in US and India, and at Novartis and Aventis, India.

Dr. Venkateswarlu has a distinguished academic record and an outstanding track record in R&D management. He has contributed to both academic and industrial research with 30 research papers, 38 patent applications and 8 issued patents to his credit. He has a Bachelor of Science in chemistry from W.G.B. College in Andhra Pradesh and a Master of Science in organic chemistry from Andhra University. He then received a Ph.D. in organic chemistry from Wayne State University and the University of Pennsylvania. He conducted post-doctoral research in organic synthesis at Harvard University, with Nobel Laureate Prof. E. J. Corey. He has been with the Institute since its inception in 2003 and spearheaded its establishment and growth. He has brought decades of experience and stability to the governance of the Institute.