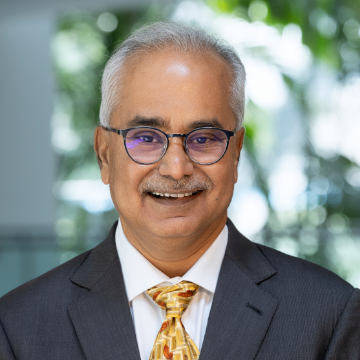 G. V. Prasad leads the core team at Dr. Reddy’s that has contributed significantly to its transformation from a mid-sized domestic operation into a worldwide pharmaceutical conglomerate. Prasad has been a member of the Board of Directors at Dr. Reddy’s from the year it was founded and joined in a full-time capacity in 1990, when the revenue of the company was less than $50 million. He has since seen revenues grow from $50 million to $2.5 billion during his tenure in the organisation. He has led the global expansion of the company, especially into developed markets, through both organic and inorganic means.

Prasad’s emphasis on innovation, transparency, business ethics and flatter corporate structures has helped shape Dr. Reddy’s into what it is today – an organisation of global repute, recognized industry-wide for our scientific innovation, progressive people practices and high standards of corporate governance. He is driving the necessary imperatives for Dr. Reddy’s to engage even more deeply with the human aspects of health. Towards this objective, he is engaged with strengthening the company’s research and development capabilities, supporting progressive people practices aligned with our goals and building a holistic culture of operational excellence.

Prasad believes in sustainable manufacturing and business practices and he leads the organisation’s sustainability initiatives including the adoption of green technologies and processes. Today, environmental goals are built into operational approaches, thereby reducing the company’s ecological footprint.

Along with his responsibilities as Co-Chairman and CEO, Prasad finds the time and energy to work on other causes that he holds dear. He has been involved with the Andhra Pradesh chapter of the Worldwide Fund for nature and the ‘Acumen Fund’, a non-profit venture that uses entrepreneurial approaches to eliminate global poverty. As the Chairman of Dr. Reddy’s Institute of Life Sciences and a board member of premier institutes like Indian School of Business and Indian Institute of Technology Hyderabad, Prasad has worked to enhance higher education in India.

Prasad’s leadership has been widely recognized. Most recently, he was declared India’s Best CEO in the Large Company category by Business Today in 2014 and India Business Leader of the Year by CNBC Asia in 2015.

A Chemical Engineer from the Illinois Institute of Technology in Chicago, Prasad also holds a Master’s degree in Industrial Administration from Purdue University, USA.