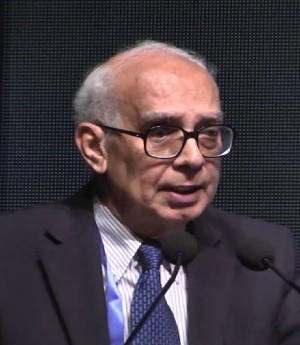 He was honoured by the Government of India with the Padma Shri in 2002 and has received several other awards from professional and institutional bodies. Notable among them are the Kalinga Prize for the popularization of science from UNESCO, the Third World Academy of Sciences Award for Basic Medical Science, and the Chevalier de l’Ordre National du Merite from the President of France.

He is a former president of the Indian Academy of Sciences. Prof. Balasubramanian’s research focused on the biology of eye diseases. He has over 180 publications in national and international journals and has authored three books. He is a member of several editorial boards and serves on a range of national and international scientific committees. In January 2016, he retired from the post of Research Director, Prof Brien Holden Eye Research Centre, and continues as a Distinguished Scientist there.